There is a saying that goes as something like "Time flies when you have fun!" And that's exactly what happened to me in the last two weeks. Although I also believe that when you make too many things it seems like a decade. I've got so many cultural events and invitations that I could hardly keep track of the time. It slipped between my hands. But what I got from it will stay for eternity. First I attended the ceremony which opened the new season of concerts in Santos. Then I went to the exposition in the Pinacoteca also located in Santos. I also made it to a session of cinema festival (France). Finally I went to the (almost) inauguration of the Guarany Theatre (there was a prior public event a month ago) Guarany is an Indian tribe in Brazil, but there was not much of their presence inside, which by the way is something of such an amazing sofistication on the details for preservation and restauration as well as it has a modern touch. 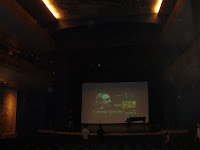 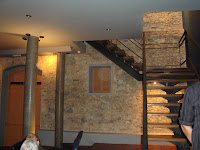 Actually what impressed me most in the ceremony (besides the beauty of the music and the really interesting documentary of an hour or so) was exactly the lack of public. Not that it was for the elite. But once again, I notice that an event, even announced for the public in general makes no quorum. Only a few people came to appreciate this divine work. I took some pictures from inside the building. I was memerized by the work they've done. If you knew that there only the vegetation watched the walls of that theatre (or the remainings of it) and there was no ceiling, the paintings almost vanished. They had to rebuild the whole theatre pratically from scratch (and sketches, considering they got the old plan and based the restauration upon that). 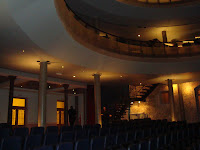 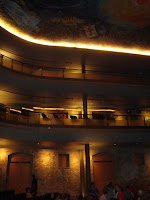 There I watched the first time public presentation of a concert with a composition from another composer born in Santos, Mr. Camargo Guarnieri. Then I noticed many orbs around (some unexplainable round and transparent forms, like foo fighters, orbitating in a circle shape), and it was not much of my surprise that this phenomenon happens in old places, but I already sensed some presences, definitely related to the composer to whom the hommage was being granted. 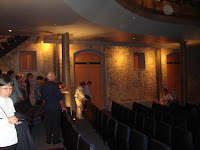 There I also met another composer from Santos, Mr. Gilberto Mendes and this time I asked him for an autograph, "Are you a musician too!" He asked me. "No, but I enjoy music very much... well, I sing." 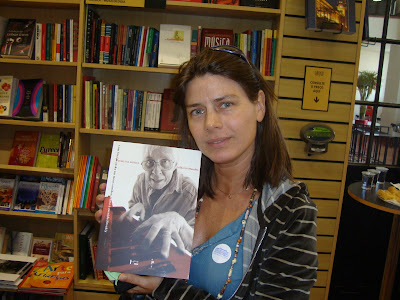 Holding one of the books by Gilberto Mendes, "To live your music" 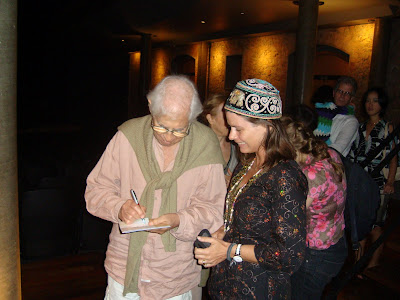 Above, a picture of Gilberto Mendes & I in the Guarany Theatre in Santos, Brazil. Below, his Signature that he gracefully gave me with a (heart)beat graphic on the first letter of his first name "G" (and he said it was the paper that made the ink fail, but I already heard his heart gladly dancing in cheers, very emotional and with a smile, ike saying, "Gee", while he tried in vain to mark the note in G;) 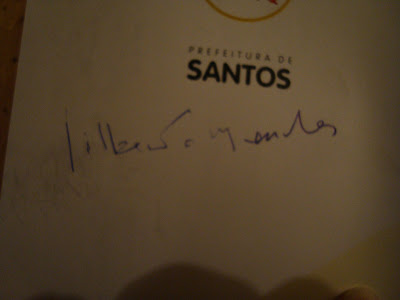 I do not consider myself a musician but now, thinking more about that, I should. I compose and I sing my own songs. If that's not a musician by excellence, I do not know what would be. Just because I am too shy to show them up for the public view and criticism it doesn't mean I do not belong to the music clan. I do not like labels either, but my nickname (the one that my family got for me, even before I had my own name) has already a music trademark on it (Decca). And it is not without a background either: both my sisters are singers and my father and grandmother also played the piano. Neitherless to say, I LOVE/LIVE MUSIC!!! 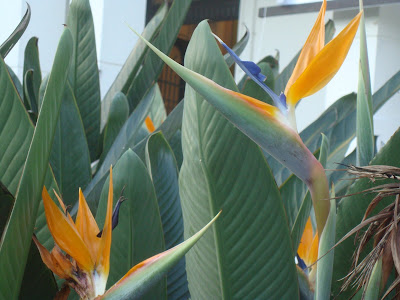 What I also love here in Santos are the colors.
Hence like birds in flight look the flowers.
A peacock look has the one displayed down,
The one with a peak and with a small crown.
Posted by Unknown at 5:08 PM No comments: