Spring or Fall? Both for us all!

Acrostics and a little limerick:

Fair friends in the North Hemisphere,
A Happy Fall for all of you up there!!
Let's make the best of what nature brings.
Lovely leaves for you, for me I'll Spring!!;)


Blessed be, it's finally Spring!!
In joy and delight the birds sing,
Ravished upon the entire earth,
The new rebirth,
Helas, the joy it brings!

Ballet based upon the book "Sea Sons: Rhymes & Songs" Illustrated Book for charity. All donations will go to the children in need.

Posted by Unknown at 7:33 AM No comments: 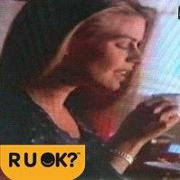 New studies say that a compound found on caffeine could help block cell growth and blood clotting, preventing not only heart disease but also Colon and Skin Cancer, and be effective in fighting other cancer tumors. A key biochemical process crucial to the functioning of an enzyme helps play a role in the survival and movement of cells.

Lyrics (translated by Ana C. Antunes):
"A good coffee, we can never forget
(here and there, now and then)
Drink a coffee and no sweat
It will happen!!"

The discovery of coffee on helping treating such diseases can become revolutionary. See, for example, cases, such as people who see themselves as more involved into relationships and cared for and are objectively well integrated in positive social groups who may feel well protected against episodes of major depression. The impact of low social support on risk for major depression are more pronounced in detriment of people who feel excluded from the “milieu”, as much as the sensation caused by the whole society of segregating certain types to their circle. As coffee makes no enemies, and it is as universal and as pleasant as any simple hobby, available to all age group, regardless of sex and race, it actually could graduate people to be more able to establish a "communion-active" feedback. So integration such as “would you mind joining me to a cup of coffee?” or “I will meet you at the coffee house” and even a small discipline figured as a five minutes chat at the coffee break, might add some significant time to your every day errands. But like all things, moderation is a must. As much as coffee makes you feel upbeat and stimulated, an overdoses such as more than two small cups a day, may not keep the doctors away... So next time someone asks you out to go drink a harmless small cup of coffee, you might as well accept it!!

Just one last note: The impact of this research on social behaviour is yet to be proved. So prove it by inviting a friend to a coffee today and ask, "Are you ok?"
Posted by Unknown at 3:21 PM No comments:

Today's the International Literacy Day. And the main theme for this year is "Literacy for Peace". What does it mean? When we have better education, when we can read books and start to build opinions and discern between things we may allow ourselves for a better undestanding of our own acts and atittudes towards many things, especially concerning cultures, families, tensions between countries, between siblings, their problems and solutions. That's why Literacy for PEACE is hope for all around the world. Which book now that I'm glad I'm able to read and write? The book I just recently released on Amazon: "Out of the Blue" yes, literally speaking, for it was out of the blue that I wrote it, and it was all thanks for the first words I learned, of course, in my mother tongue, Portuguese. 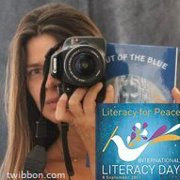 I remember the first words I learned in English, my first Workbook when I was around seven in the American School I studied. The colour YELLOW, I love that word, and it was the first thing I remember I had to draw, then, the RED, the words pencil came later. Maybe that's when I decided to be an artist and author, I loved colouring that book, which I still keep after all those years.

Last year I had the pleasure to have donated more than a hundred books of mine (in various languages) to the local library at my birthplace city of Santos in Brazil. But the greatest pleasure of all for me it would be knowing that my books may serve to a lot of people, that many may read from them and learn the interesting things that my books provide too. For I have selected them with much care and throughtout my many travelings and it would be such a pity if they were kept in the shelves and never been picked up if no one can read. That's why I keep teaching people to read and learn at least the languages I know and I still have in mind to teach from my own books as well. Hopefully one day I may reach thousands if not millions of hearts all around the world. That keep being my dream and of utmost importance for me to accomplish.
Happy you may read me. Thanks! 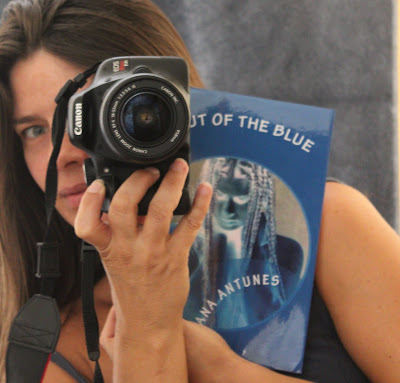 Last year I was invited by the Blog Action Day to write about a very serious issue, water, and the consequences we will have to pay for it if or when there will be no more clean resources on Earth. That's when the story came "Out Of The Blue". I usually don't write in this genre (Sci-Fi) but when I do the pictures come into my mind so clearly as if it is a movie I am seeing, though I rarely know the end. It's an enigma for me. I always think I've got the story straight, that I have it all planned inside my head when, all of a sudden and out of the blue", here it comes an u-turn to change all the concepts and beliefs I had before. 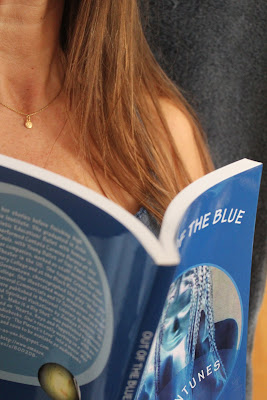 It's a big mystery and surprise for me, really, how things turn out to be in the end, it's not I the author who is writing the story but it's the story that reveals itself for me. They say that Science Fiction is a good way to show the perspective of a reality that could pretty much come to fruition and it adverts or inverts us about things that can eventually happen. And that's so true. What would be of the world if not for the Sci-Fi authors, and I mean since the crazy adventures of Jules Vernes under the sea or out in the space, or even in the Amazon jungle, or the amazing discoveries of Mary Shelley's Doctor Frankenstein. Scientists do prove what the friction between reality and fiction comes from a thin fine line and some had already revealed them to be true. 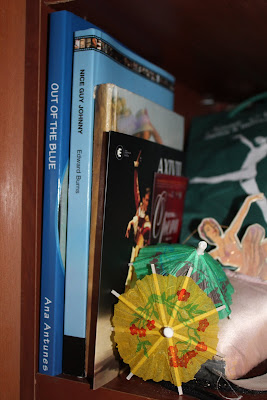 A mixture of drama and comedy but that surprises by the honest approach. It makes you laugh and cry all at the same time, and how much I love to get that reaction from my fictions. What's your reaction when you read me? Do you keep quiet, in introspection or are you eager to say a word or two? And if so, why you restrain from saying those words? Why keeping quiet and shut and not shout out loud? The main reason may be that Peace come from a place within and the words are simply a gate between two worlds, a meaning which through we may pass knowledge and understanding, leading to a more Universal compassion and Truth.
HAPPY LITERACY DAY!
Posted by Unknown at 8:06 AM No comments: