Ana grabbed her camera this afternoon and went right to the Palacio de la Moneda in Santiago to film the president of Chile, Michelle Bachelet, live, leaving and heading to the Independence Day's Parade: 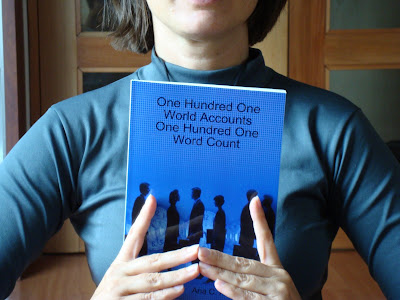 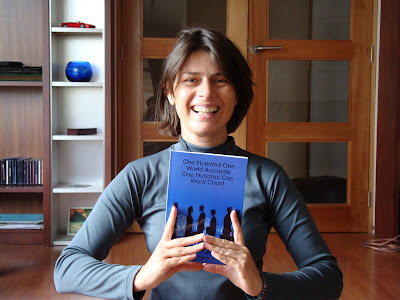 "One Hundred One World Accounts in One Hundred One Word Count" in One Hundred One Whole Minutes are stories from all over the world told in exactly one hundred one words at least in Windows (and by that I mean your computer not in your house) using ms word (forget about word perfect, for this is not a perfect world.) And that's this book is all about. About the world as we see, a quick, fast-paced, crashed into many broken pieces, that in the end turns out to be all related into one. Like the number itself reveals 101: One to one and the world (as a circle) in the middle. It is not a nouvelle, although it could be converted as a sketch to many series, not even a short-story anthology, or flash-fictions, for they are real events, although sometimes quite surreal. I defined it as humour, for it is considered to be the biggest challenge for all writers around the world, to summarize a long story in a small space, which demands attention on the details, balance in the exposition of the story, and suspense in all tales, of a much higher impact than a whole novel. It's thin, it's economical, it's ecological, echoed and logical, and it's time saving as much as paper, for it doesn't require too many pages. It does speak from (and for) the heart as a way of manifesting all the joy, anger, troublesome, anguish, mixed emotions that make us all so human after all. I wish anyone who read this book will crack out loud to their top (literally, as an open mind) and have a blast, for each one hundred one a thousand smiles. Wondering why Buda is represented by a monk showing off that bloated belly (his center filled with powerful energy) and laughing??
A real wasted day, the one to pass without,
is the one you didn't spend laughing about. Ana C. Antunes 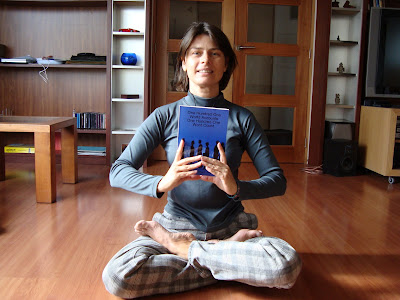 101 represents
The Beginning is the End.
Alpha and Omega,
a palindrome.
It's Home
the manifestation
And what is on:
The One.

So how long it took me from start to finish or finish to start? If you consider that the title of my book has a palindrome, a number, represented by The Beggining is the End" meaning the "alpha and omega" symbol (101) well, then, that's a tough question. I mean, there were some stories inside other stories, they were haunting me since high school, others were just delivered as a way to take them out of my back (or chest). You know, they are all about real life events, so it took quite a while to expose them all right and really feel that it did fit with the ensemble. I wrote each story in exactly one hundred one words so they were also under microscopic lens. And you know the toughest part for a writer is to really cut to the essential, and if for that you mean in basically small words that's a record to play. Hope I didn´t sound too much like a parrot here, for editing that message it would take me a couple of more years... Cheers!
Posted by Unknown at 8:16 AM 1 comment:

I went to the exposition on the celebration of 50 years of Bossa Nova at the Ibirapuera Park in Sao Paulo, that will take place until September, Seven (Brazil's Independence Day) and it´s an exhibition not to miss. Missing only Tom Jobim, Vinicius de Moraes, Dorival Caymmi, but as the music says, "life doesn't like to wait..." So hurry up.

Posted by Unknown at 5:56 PM No comments: